Party Planner
Use our Live Chat

Find everything you need for a fantastic Auckland Stag Party Ideas? We can help you plan and book a complete Boyz Weekend of fun. Planning a stag night in Auckland can be stressful so let Gobananas help you out with some stag party ideas. Talk to one of our party planners and use our platform for group payments, voting and creating your own invitation. We do the work - you have the fun - Get your Auckland Bachelor Party ideas now! 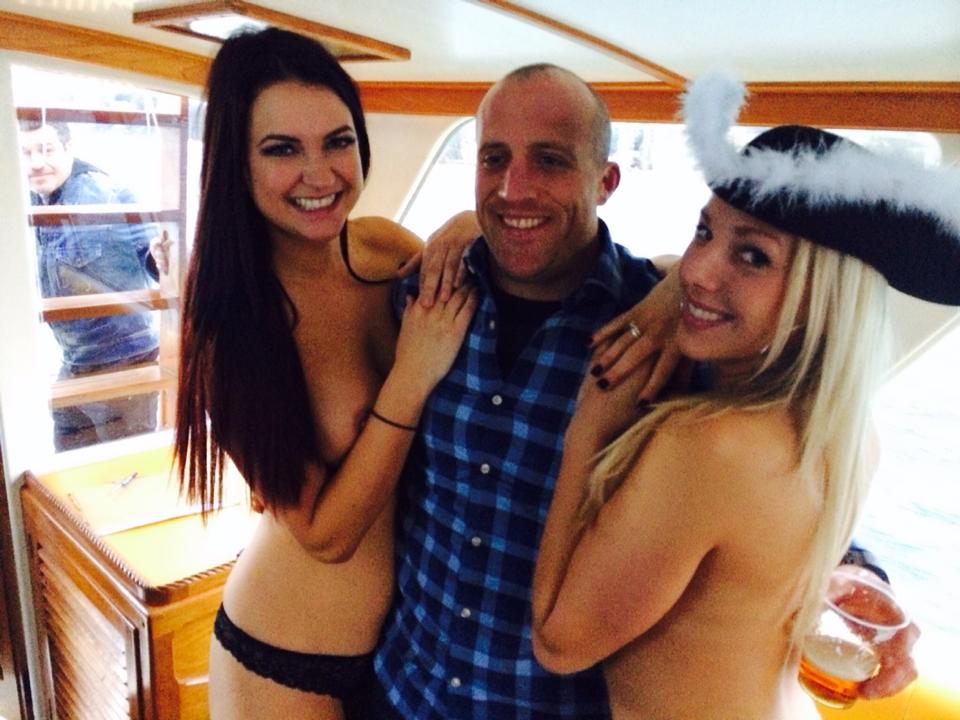 .We make it so booking your stag do in Auckland is nice and easy!

. You guys will have no issues at all when dealing with us

. We know all the best stag do activities that are in Auckland

. You will not have to do any of the “boring” organising

. You guys having a wild stag night or boyz weekend is our goal!

Why You Should Have An Auckland Stag Do!

New Zealand really is one of the most epic places on the planet! Your boys are in for one hell of an amazing Boyz weekend If you pick Auckland as your stag party destination. It is pretty much impossible not to have an amazing Auckland stag do!

We have some awesome Auckland Bachelor Party ideas - You guys will certainly be making sure that the groom is going to be going off to married life with a big smile on his face! How long that lasts though we do not know (kidding!!), married life is awesome.

Getting To Auckland - Stag Do

As one of the most popular places for tourists in the whole of New Zealand, you fine gents will have no issues getting here at all. Actually how easy it is to get to is a reason so many blokes pick here for their stag party. You can drive, get a coach or if you want to have a more laid back way to get here, fly!

Ask one of our team  -We specialise in Auckland Hen and Stag Do's!

The Best Auckland Stag Do Ideas

Right here we are looking at the very best of the best when it comes to Auckland stag day ideas! Any of these activities will ensure you boys have an incredible day or boyz weekend!

Our GoBananas Team are experts in Auckland Bachelor Party ideas - Give us a call today! 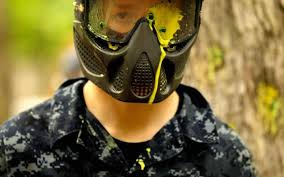 Man, you blokes really are in for an incredible day when you go for a wild game of paintball! This an Auckland Stag Party Ideas staple!

Paintballing - Boyz weekend and  Auckland Stag Party Ideas! Something that will certainly be a highlight of your weekend.

For you blokes who love to watch some F1….. or perhaps are hooked on playing Mario Kart. We have the ultimate, Auckland stag do idea for you right here!

Go karting is one of those activities where of course you want to be the guy who wins, but even if you come in dead last, you really do not care all that much as you are having such an awesome time.

You will be all geared up in some racing gear and the karts themselves are actually pretty damn fast! Who from your group will be the one standing on the winners podium at the end of the day! 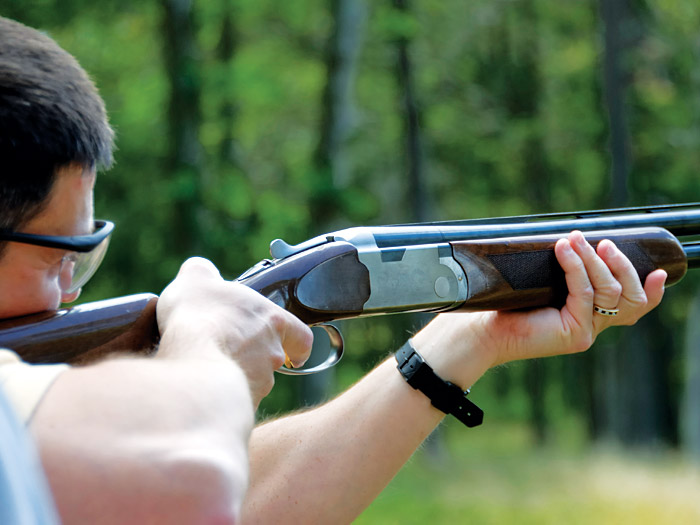 You have to have at least one activity during your weekend that is just a real manly, man’s type of activity - This will cut the boys from the men! That my friends is what we have with Claybird Shooting.

Perfect for an Auckland -  Boyz Weekend or Stag Do!!

You guys will not only get to fire off a few rounds with an actual shotgun, but a trained instructor will be there to show you how to shoot the right way. As much fun as Claybird Shooting is there is also a competitive element to this as your scores will be kept so there will be a winner at the end of the day…… a six pack of beer for the winner is always a great idea.

Make sure you guys are partying into the wee hours with these three amazing stag night activities.

Going around the great city of Auckland can be made all that much more cooler by booking your own private, Party Bus. The Party Bus is just what it sounds like. It is a pimped out bus with comfy seating, a bar, amazing sound system and it makes sure you can just party as you drive (well not that any of you guys will be driving the thing!) to make your night even more epic, you guys can even arrange for a stripper to ride along with you!

If you guys want to make sure that your Auckland stag party sees you out on that glorious water then what better way to do that by booking your own private BacholerParty Boat!

Partying on water is just so freaking cool. You will have drinks, food, great music….. and a stripper. That is right my hard rocking amigos. You can actually hire a stripper, bring her on board and have a private female strip show performed for you! Now, this is how you let the groom to be cut loose during his last boyz weekend of freedom! Most boats leaves from Westhaven Marina near Auckland and the Viaduct.

Remember our team are experts in Auckland Hen and Stag nights and weekends - We are only a call away!

As cool as hitting clubs is sometimes you just want to do your own thing and that is where booking your own Private Function Room comes in. Here you guys decide on the music that will be played, if there will be and food and you can even book a stripper that will entertain you boys…. Hell this is a stag night so book two if you want!

The Best Places To Eat In Auckland

You guys have got to eat! And during your Auckland stag party, you boys are in for a treat as there are plenty of great places to eat here.

Get your boyz a mean feed accross Auckland!

Hey we know that this is a chain, but BurgerFuel offer not only some of the most amazing burgers that you can get in New Zealand, but they also are a really fun place to eat. This is a great restaurant to go to just before you hit a bar for a few beers.

Sal’s Authentic New York Pizza offer you pizza lovers the best damn pizza you will ever eat! The really do live up to their name as they make their pizzas the classic New York way and actually import nay of their ingredients. If you have pizza lovers in your stag group then you simply must come here during your Auckland stag party!

Here we have another place to get some Za (that is what the cool kids call pizza by the way) Crust Gourmet Pizza have pretty much every pizza you could think of. These guys see pizza as an art form and they pride themselves on making their pizzas as grease free as possible. If you love pizza, but want to eat pizza that is a little bit different then you blokes should check this place out.

The Best Bars In Auckland - Stag Do

Any good Auckland stag do or boyz weekend will see you guys hitting up more than a few bars. Well here are three of the very best right down below.

If you are looking to have a few “classy” drinks and want to drink in a place that is ultra “hip” and “modern” then you boys will want to go to The Spy Bar. The Spy Bar is not the type of bar where you will be pounding down the beers and going mental! This is more of a laid back and relaxed type of place to have a few drinks.

The Fox Sporting Bar is the number one sports bar in Auckland and it is a bar that many blokes love to head to when them come to the city. You know what you are going to be getting here and it is awesome. Sports on the various TV’s that are all over the place, great deals on drinks and just a really fun party type atmosphere all around. For you guys who love to get a little rowdy when you have some drinks this is the bar for you.

Look Globe is a student bar, but do not let that put you off, you see there is one thing that all student bars have in common and that is cheap drinks! They always have some kind of crazy deal on a particular drink or some kind of wild theme night going on in this bar. For an over the top evening…… with cheap drinks, Globe is a bar that you simply must go to for a few beers.

A typical Auckland stag night will see your evening end at one of the city’s best nightspots. Well here we have three of the very best that this great city has to offer.

While it may have club in its name The Mermaid Club is not a normal club….. this is one of Auckland’s very best lap dancing clubs! A place where you can really do the groom a solid by taking him to a place where he is going to see one last set of boobs before he gets married. They love stag groups here so be sure to let them know you are one and they will really look after you boys.

Forte is a really fun type of club. What makes this a really cool place to go to during your stag night is that they cater to all kinds of people here. You blokes who love to go crazy, get on the floor and show your amazing dance moves can do that, but if you are a bit more reserved and like to just kick back with a drink in your hand there are some more low key type areas where you can do that.

This is another lap dancing club, but Showgirls makes our list because they really do go above and beyond when it comes to stag parties! They offer some great packages here including one where you can get the groom up on stage to be part of his own little show. He will either love it….. or be horribly embarrassed, either way it is funny as hell for the rest of you guys.

Do As The Tourists Do In Auckland

This is a very popular city with tourists and there is just all kinds of cool stuff you can get up to during your Auckland stag weekend. Sky Tower is something you always have to mention when talking about Auckland. This thing is huge, has a place to eat, store and if you are brave enough you can walk around the top and take the Sky Walk challenge. Another cool thing that blokes love and would make for a great “attraction” during your Auckland stag do is the Museum Of Transport And Technology where you can see all kinds of awesome cars, planes and other vehicles.

Contact us for all your Auckland Bachelor Party ideas &  Boyz Weekend info! We are the Auckland Hen and Stag experts!